Since 1994, laboratory testing in the United States has followed a 2-tiered serologic analysis algorithm, referred to as Standard Two-Tiered Testing (STTT) as summarized in the CDC flow chart below. 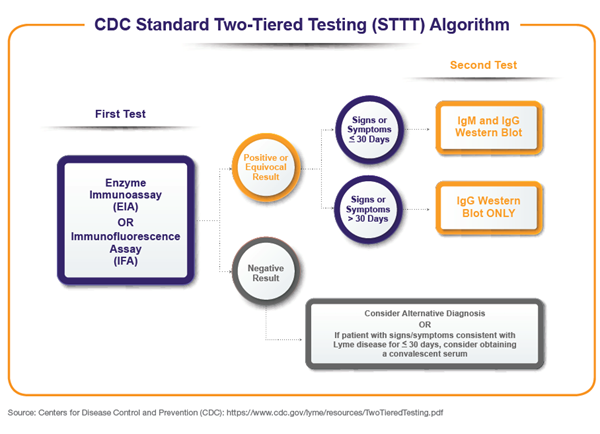 While relatively specific, the immunoblotting portion of the STTT algorithm contains drawbacks such as lack of sensitivity in detecting acute infection, interpretation subjectivity, and technically challenging procedures.

There are several published studies that support the replacement of the STTT’s second-tier immunoblotting with a more sensitive and comparably specific methodology such as ELISA. This modified method is referred to as a Modified Two-Tiered Testing (MTTT) algorithm. Many of the published studies that support the MTTT algorithm are authored by thought leaders in Lyme disease:

“For the past 2 decades, the concept of a 2-tiered strategy aimed at high sensitivity and specificity has been widely used, but the current approach is insensitive during the first weeks of Lyme disease, and Western blotting can be complex to perform and interpret.”1

“This subjective reading and interpretation [of second-step immunoblots] can lead to erroneous positive results if weak bands are scored as positive in samples with negative enzyme immunoassay.”2

“The limitations of STTT have been thoroughly discussed in the scientific literature [refs]. Most limitations are associated with the second-tier immunoblotting and include subjectivity when scoring the assay and false-positive results when using IgM immunoblots [refs].”3

The power of ZEUS Borrelia MTTT®

A pioneer in testing for Lyme disease and the first organization to receive U.S. FDA approval of a Lyme disease test in 1989, ZEUS Scientific is uniquely positioned to make the benefit-driven promise of a MTTT algorithm a reality in the clinical laboratory. 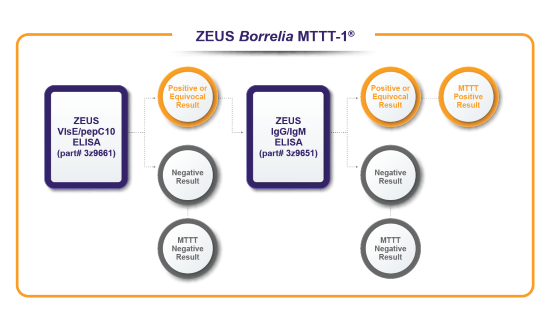 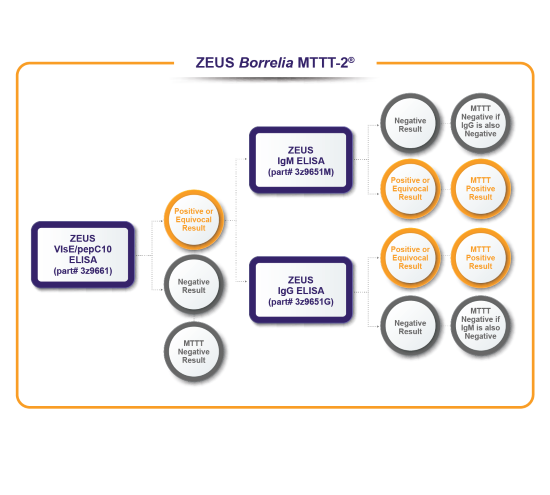 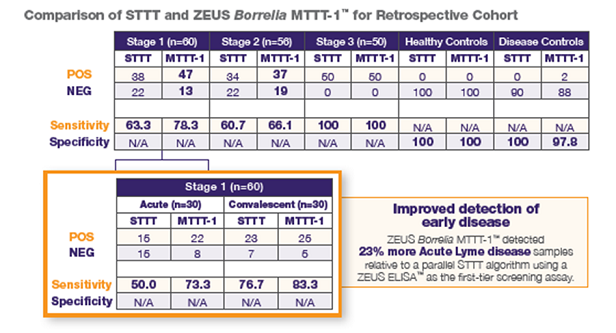 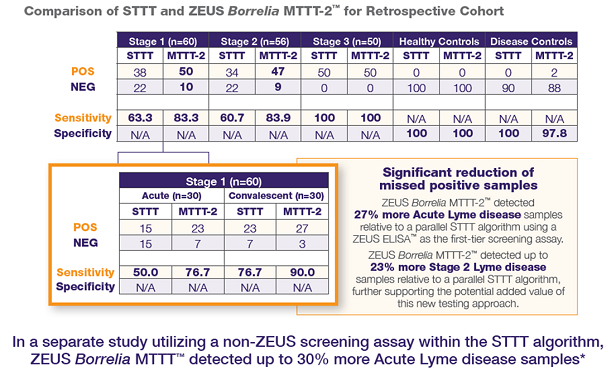