Normally, white blood cells in the body’s immune system help protect against harmful substances (such as bacteria, viruses, toxins, cancer cells, and blood and tissue from outside the body). The immune system acts to remove these substances by producing antibodies directed against specific antigens.

Autoimmune diseases develop when the body’s immune system cannot distinguish between itself and foreign antigens. This causes a reaction that attacks the body’s own tissue instead of fighting infection, resulting in the destruction of tissue, abnormal organ growth, and other changes in organ function.

Malar rash – a rash over the cheeks and nose, often in the shape of a butterfly
Discoid rash – a rash that appears as red, raised, disk-shaped patches
Photosensitivity – a reaction to sun or light that causes a skin rash to appear or get worse
Oral ulcers – sores appearing in the mouth
Arthritis – joint pain and swelling of two or more joints in which the bones around the joints do not become destroyed
Serositis – inflammation of the lining around the lungs (pleuritis) or inflammation of the lining around the heart that causes chest pain which is worse with deep breathing (pericarditis)
Kidney disorder – persistent protein or cellular casts in the urine
Neurological disorder – seizures or psychosis
Blood disorder – anemia (low red blood cell count), leukopenia (low white blood cell count), lymphopenia (low level of specific white blood cells), or thrombocytopenia (low platelet count)
Immunologic disorder – anti-DNA or anti-Sm or positive antiphospholipid antibodies
Abnormal antinuclear antibody (ANA) – positive ANA test result

* An autoimmune disorder diagnosis is considered for a patient exhibiting at least 4 of the 11 criteria (serially or simultaneously).

ZEUS Scientific offers a wide range of serological assays for a variety of autoimmune disorders across three technology platforms, so you can choose the best option for your lab’s needs and workflow. 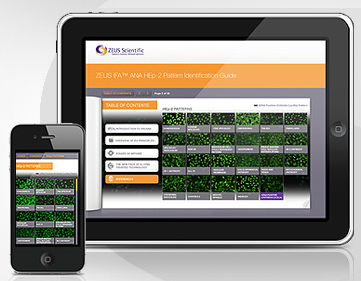 For more information regarding autoimmune disorders, please see the links below: